CENT-R is ready for smart city applications of the future


During the Smart City Expo 2019 in Barcelona, the City of Rotterdam and the developer, Lightwell, launched the CENT-R, a multifunctional and modular product that is to become the standard platform for smart city applications in the city. CENT-R stands for City / Connective Energy Network Tool – Rotterdam. What makes the CENT-R unique is that it can be equipped with an array of smart city applications and, thanks to the modular design, it can be adapted to fit changing needs and new applications on an ongoing basis. Think about electric charging, converting uninterruptible power to a DC power network, 5G, cameras, lighting and a variety of sensors (air and sound, etc.). A pilot is expected to start at the end of January with three CENT-R units in Rotterdam’s Reyeroord district.

As a city, how do you successfully implement 5G throughout the city while keeping your sights on the needs of the city’s residents? How do we facilitate driving electric cars to contribute to a sustainable city? With the CENT-R it is possible to quickly install many charging points for electric cars and to continuously monitor air quality. What’s more, the CENT-R combines different masts and electrical equipment into a single unit. With its circular and modular design, future changes are easy to make, allowing it to continuously adapt to the latest technological innovations.

Digital developments make the city future-proof Alderman Barbara Kathmann (Economy) points out that the multifunctional and modular unit, and how the CENT-R has come about, characterize Rotterdam’s approach to digitization: “Rotterdam is highly ambitious in this area: we want to be a prime example of a digital city in 2025, a sustainable and accessible city, where people enjoy living and working. We are building on that with the help of the latest digital developments.

We are partnering with the business community and knowledge institutes. With the CENT-R pilot we are showcasing the technical capabilities to the citizens of Rotterdam and are talking to community residents about management, safety, data management, 5G, mobility and the energy transition.” The CENT-R sets the stage for infrastructure and fewer objects in a future-proof outdoor space  By adapting to climate ambitions, Rotterdam is a leader in implementing and facilitating technology in the public space. In Reyeroord, an example district of the future, various management and social challenges will come together where multiple innovative city start-ups will be ‘tested’. The pilot will enable the city to work towards an infrastructure that will serve as the basis for a large scale rollout of smart city applications.

The CENT-R will also reduce the number of objects in the outdoor public space. The pilot in Reyeroord is the starting point for creating an outdoor public space that is ready for future smart city solutions.   Unique co-creation by the business community, education and the city The CENT-R has been developed in co-creation with the City of Rotterdam and Lightwell. They also partnered with educational institutes Da Vinci College Dordrecht and Hogeschool Rotterdam. Virgil Warnars, sales director at Lightwell, indicates that this form of partnership is highly unique in this sector. “I believe that a smart city only has a chance to succeed if you work very closely and transparently with all possible parties and build a sustainable partnership as a result.

The lessons we will learn from this process will apply universally later on.” According to the Public Works Administrator for public lighting, Peter Wijnands, the process will only begin in earnest once the first units have been installed in Reyeroord. “We will provide a future-proof, plug and play solution for combined charging applications and smart city/smart light applications. We will examine the issues that must be resolved so that we can make a large scale rollout in the city a reality. We will bundle many objects with an electrical plug into a single standard object. The pilot will run until late 2020. The experience we will have gained by then will be extremely valuable because the roadmap to 2030 will then be clear for the most part. That is the year that we, as a city, want to be truly climate neutral.”

The pilot is a project commissioned by the principal, the City of Rotterdam and developer Lightwell in partnership with manufacturer Valmont, the Da Vinci College Dordrecht, Hogeschool Rotterdam and installation company Citytec. 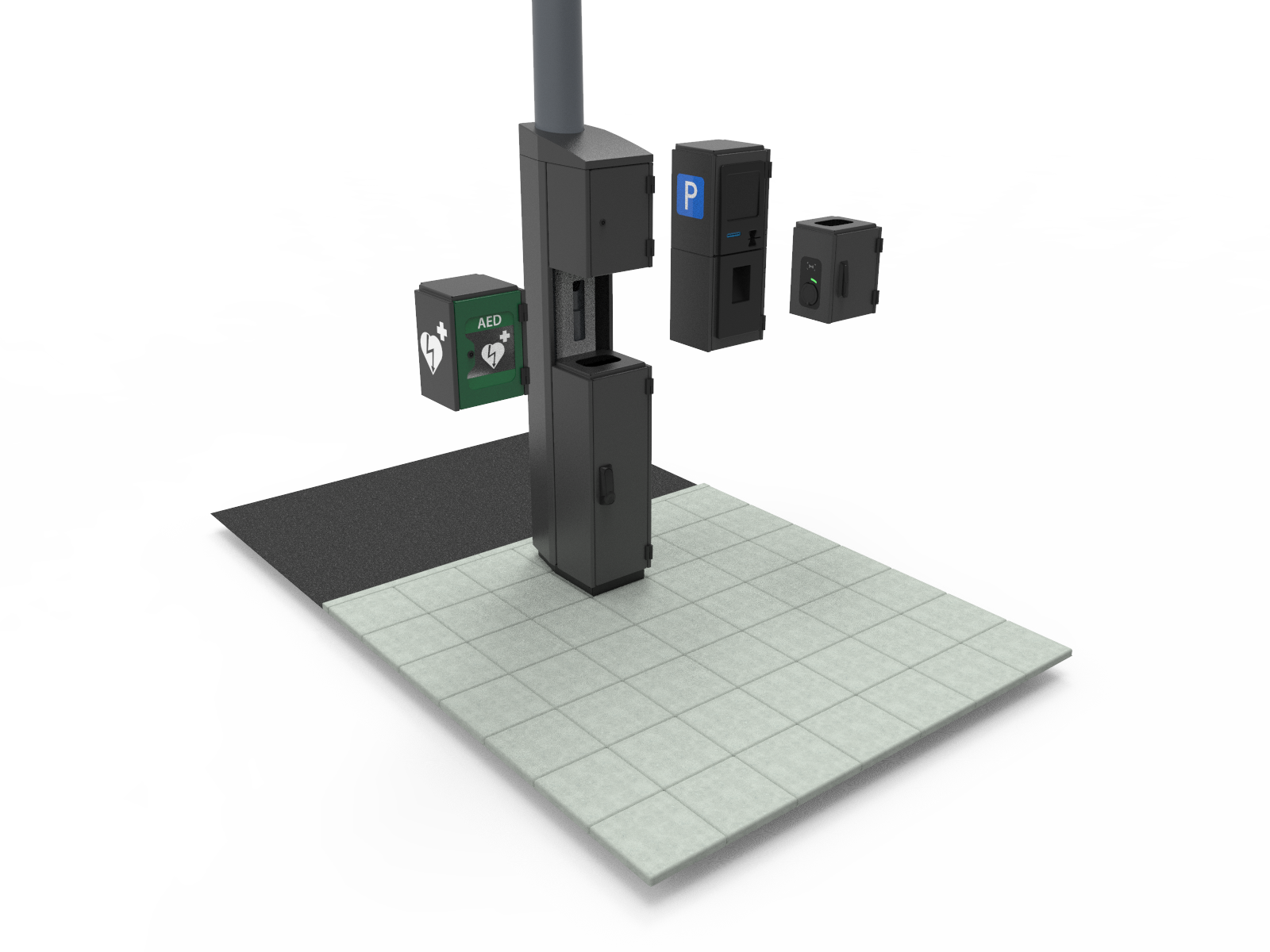 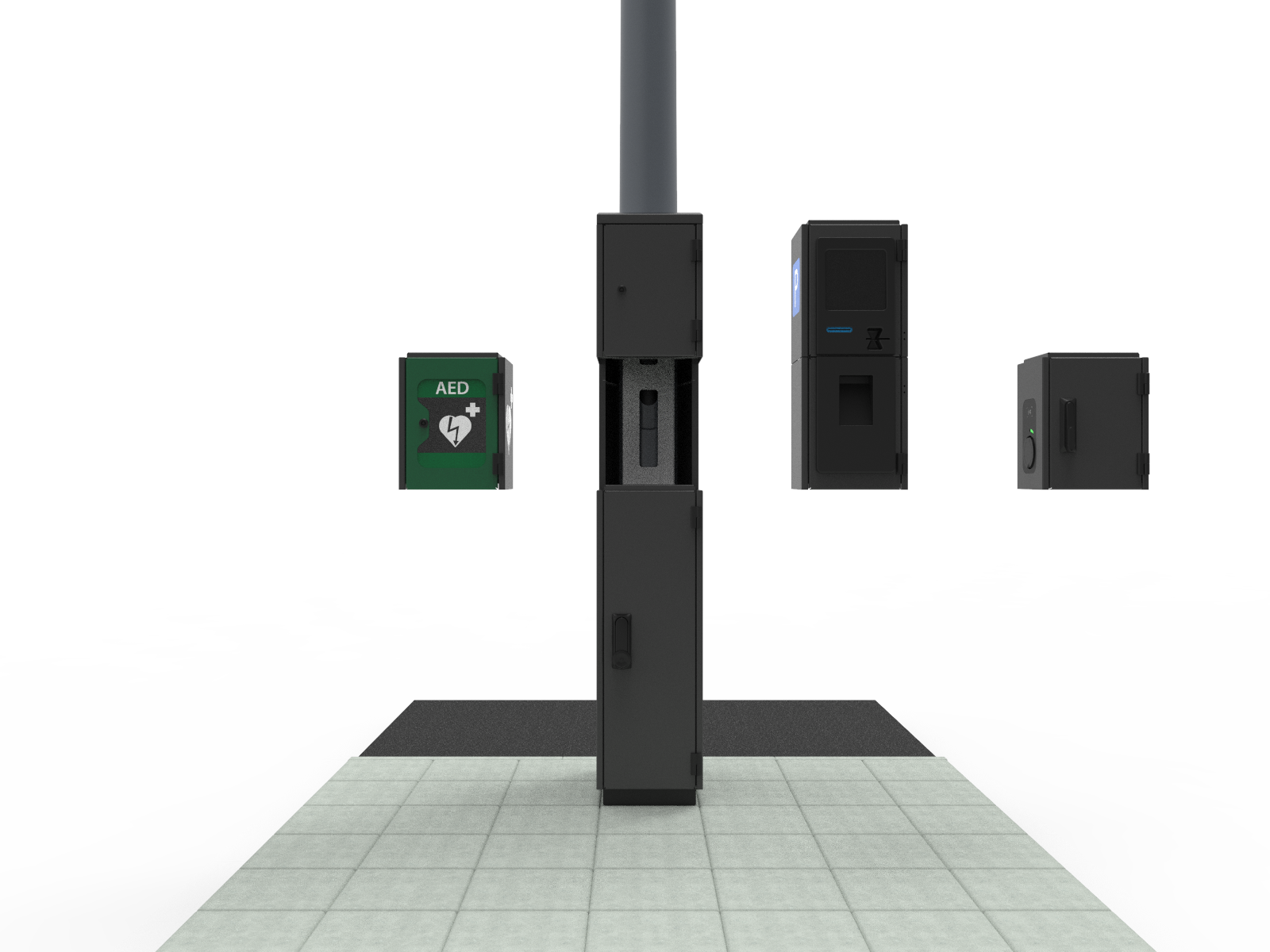